The guide introduces active entrepreneurs with migrant background who have become successful thanks to their language and intercultural competences in the partner countries. Promoting real people with real stories, the project provides clear picture on what knowledge and skills are important and needed to be improved and what steps migrants should take towards establishing and running an own company. 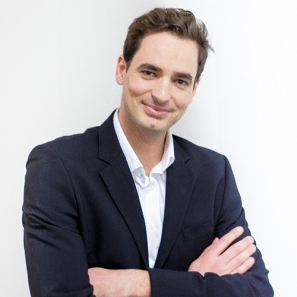 Four years ago, Avishai Trabelsi (37) left his homeland Israel to set up a whole new company in the Netherlands, an internet platform to prevent trucks from driving around empty or half empty.

Trabelsi's company is called Quicargo, and it is an online platform where companies that have something to transport can contact transport companies that still have space in their trucks. The idea for his company was born in Israel, where his father also works in logistics.
"I ran my father's company in Israel, but because of competition and high costs, I actually saw no future in it."

Avishai, together with two others, comes up with a solution to the inefficiency in the logistics sector. "About half of the trucks driving around are completely or partially empty," explains Trabelsi. ``If we can change that, it will be better for everyone, including the environment. '' Trabelsi sets to work with his idea in Israel, but soon concludes that his homeland is too small and isolated for his idea to bear fruit.

After a search through different countries and a lot of research, he eventually chooses the Netherlands, partly because you can go anywhere in the Netherlands with English. Avishai thinks this is both an advantage and a disadvantage: "It is very easy that you can speak in English everywhere in the Netherlands. The disadvantage is that you never learn the language like this. Because I do believe that it is better to learn the local language if you really want to integrate in a country. " Although much will be in English, Avishai and his employees, also all other nationalities, do try to learn Dutch.

Avishai is also an enthusiastic networker. He does this mainly on the online platform LinkedIn and through network meetings, for example at the Chamber of Commerce.
From a cultural point of view, Avishai experiences few problems in the Netherlands. He thinks this is partly due to his age. "My generation grew up with globalization. Of course, there are small differences, for example the customs around food are different, but I just like that."

Avishai has some tips for entrepreneurs with a migration background. "The Dutch government is very helpful when you start your own business. So, don't be afraid to ask for help there." In addition, Avishai recommends making a good plan before you start. "Don't just start, but think carefully first and put everything on paper. That provides clarity."
And finally:" Work on your network, be open to new people and new ideas! "